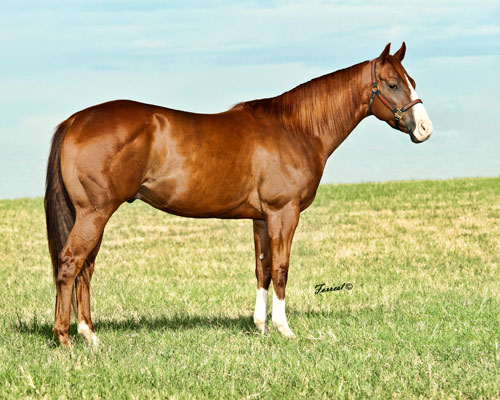 Touch Down was another purchase from the BFA Sale in Oklahoma City in December. He is a very flashy gelding who is a half-brother to VF Elmers Lil Sis. Currently, Touch Down is being hauled to futurities with Kristin Weaver Brown and has a great handle on him.

He is paid up-to-date in Fort Smith and the 2012 BFA Futurity.