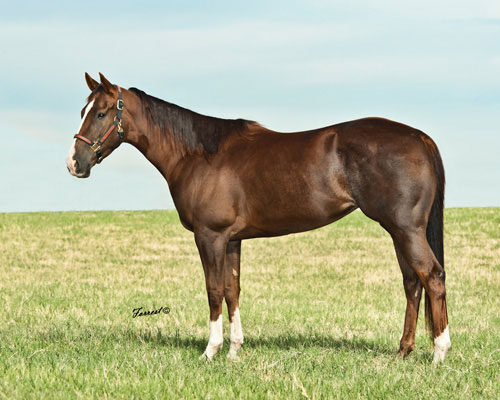 Special Fame is a race winner and is currently being hauled to all of the major futurities. Recently, she placed in the second go and the average of the Lance Graves Pro Classic BFA Futurity. This is a beautiful Dash ta Fame daughter who has great feet and bone. She has x-rayed sound, with no chips, so she is going to be a great prospect to win the futurities and later throw some athletic babies.

She is nominated to the 2013 Old Fort Days Derby.